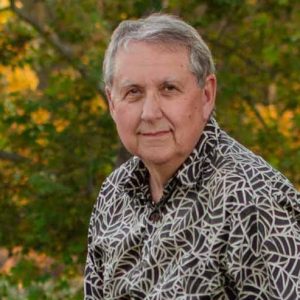 Donate via PayPal by clicking the button below.

You will receive an email receipt for your tax records. A year end tax receipt will be provided by mail upon request to chaplain@pycm.org or via the Contact page on this site.

Steve became a volunteer with Pacific Youth in 1992 and was assigned to Orange County intake Units Y and Z as a weekly Bible Study Leader. Later he became a Chaplain Intern and began conducting church services for the Intake Units. Steve developed the Samaritan Mission, which is a local mission strategy for churches. Later, he served as Chaplain of the newly inaugurated Youth Leadership Academy. Since 2008, Steve has served as the Chaplain of Orangewood Children and Family Center. From 2014 to mid-2017, Steve served as Supervising Chaplain for Pacific Youth. Steve has had leadership roles with several public and community programs that serve foster and dual status youth (Teen Court, Faith in Motion, Orange County Human Trafficking Task Force, and OC Social Services CSEC Steering Committee). Steve, Pacific Youth’s web master and IT advisor, is an ordained minister and has an earned Seminary Degree. Steve’s favorite hobby is photography.

in 2020 Steve relocated to Prescott AZ and began an inquiry about how he could serve the incarcerated youth of Yavapai County, AZ. In 2022 Steve became a Spiritual Mentor with the Yavapai County Juvenile Justice Center. Steve meets with incarcerated youth who request a mentor and is specially authorized to address spiritual needs of the youth if they request.

Steve also conducts a weekly Bible Study to the youth in Journey, s specialized drug and alcohol abuse program in the facility.